Although Nepal has officially ended Haliya slavery system, most of the freed Haliyas still face discrimination and have not realized full sense of freedom. Through an innovative mobile app, a new EU-funded project strives for a positive change in the lives of freed Haliyas.

The term Haliya refers to a person who is an agricultural bonded labourer in Nepal. Traditionally they have worked on another person’s land, in a slave-like conditions with little or no pay. The Haliya system has been particularly ripe in the farwestern parts of Nepal.

In 2008, the Haliya system was officially abolished by the Nepalese government. Yet, freed Haliyas are still commonly discriminated in the social structure and they are not able to enjoy participation in democratic processes.

The new 2015 Nepali constitution and recently implemented federal structure in the country  open a window of fruitful advocacy opportunities for freed Haliyas, as well as other discriminated groups.

6th of September is celebrated as the Freed Haliya Day in Nepal. Read a new blog regarding the day: After 13 years, Janaki Lawad could soon be enlisted as a freed Haliya

Enhancing Dignified Life of freed Haliyas through Collective Advocacy and Human Rights Campaign for Democratic Political Participation in Nepal (ADHICAR) is a three-year project funded by the European Union.

In the project, four organizations – two European and two Nepali – are partnering up to contribute to the joint efforts to combat discrimination of various disadvantaged groups in Nepal – namely freed Haliyas, ex-bonded labour, including persons with disabilities and women.

The project aims to produce verified data about the economic, social and cultural rights situation of freed Haliyas, female Haliyas who face double burden of discrimination, and people with disabilities. This data will be gathered trough an innovative mobile app and published in Yearbook publications to highlight the findings.

The information gathered will be used to advocate for freed Haliyas’ rights and entitlements. In addition, the project aims to increase the political representation and participation of freed Haliyas. Our goal is to strengthen the voices of the civil society and empower freed Haliyas to do evidence-based advocacy to fight for a more inclusive and plural civil society.

The project builds on local ownership, and aligns with the objectives of local authorities, supporting and building the capacity of the local government structures. Main activities of the project will take place in the Far-West Sudurpashchim Pradesh province in Nepal, in five different districts, covering 10 municipalities and 5 rural municipalities. 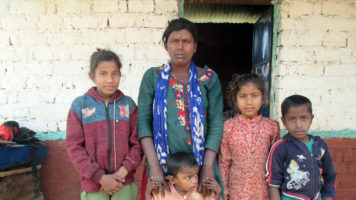 After 13 years, Janaki Lawad could soon be enlisted as a freed Haliya

(Below in Nepali) Janaki Lawad, 31, of Bhimdatta Municipality in Kanchanpur district has been living in an Integrated Freed Haliya Settlement. She is one of the former Haliyas who until...
Article 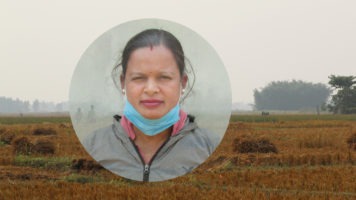 “My mother, father and grandfather were victims of the Haliya practice, working as bonded laborers in other people’s lands. Because of this, I have been involved in the Haliya and...
See our previous posts

This website uses cookies to improve your experience while you navigate through the website. Out of these cookies, the cookies that are categorized as necessary are stored on your browser as they are essential for the working of basic functionalities of the website. We also use third-party cookies that help us analyze and understand how you use this website. These cookies will be stored in your browser only with your consent. You also have the option to opt-out of these cookies. But opting out of some of these cookies may have an effect on your browsing experience.
Necessary Always Enabled
Necessary cookies are absolutely essential for the website to function properly. This category only includes cookies that ensures basic functionalities and security features of the website. These cookies do not store any personal information.
Advertisement
Advertisement cookies are used to provide visitors with relevant ads and marketing campaigns. These cookies track visitors across websites and collect information to provide customized ads.
Performance
Performance cookies are used to understand and analyze the key performance indexes of the website which helps in delivering a better user experience for the visitors.
Analytics
Analytical cookies are used to understand how visitors interact with the website. These cookies help provide information on metrics the number of visitors, bounce rate, traffic source, etc.
Preferences
Preference cookies are used to store user preferences to provide content that is customized and convenient for the users, like the language of the website or the location of the visitor.
Non necessary
Any cookies that may not be particularly necessary for the website to function and is used specifically to collect user personal data via analytics, ads, other embedded contents are termed as non-necessary cookies. It is mandatory to procure user consent prior to running these cookies on your website.
Save & Accept